We are proud to bring you this new Muay Thai collab with two amazing people who we have become friends with and created this capsule with. Ilaria Urbinati is a fashion stylist whose clients include Rami Malek, Donald Glover, Ryan Reynolds, Dwayne Johnson, Ben & Casey Affleck, Chris Evans and many more. She also trains Muay Thai and boxing with Johnny Hunt - who is a former world ranked Muay Thai champ who fought & trained for many years in Thailand, Japan, and China. He now trains a long list of top celebrities out of Fortune Gym, Hollywood.

Ilaria first discovered Roots of Fight when she purchased one of the brand’s Bruce Lee jackets at a store in LA, then wore it to a set she was working with Dwayne Johnson. She didn’t know Dwayne’s history with us but, he instantly recognized it and offered to make an introduction. That same week, coincidentally another client of hers, Bradley Cooper showed up to a styling wearing an RO Ali Jacket. At that point, Ilaria and RO were connected by a mutual friend (Thank you Slater) and started talking about potential ways to get creative together. Ilaria and Johnny came up with creative theme focused on Muay Thai and this collab and line were born. Johnny and his love of Muay Thai and knowledge of the history felt like “Boxer’s Day” - which is celebrated every year in Thailand on March 17th would be an ideal subject to dive into.

According to legend, in 1774 Nai Khanom Tom was one of thousands of Siamese prisoners being held by the Burmese King Mangra after the Burmese invasion in the Ayutthaya Kingdom. The king selected Nai Khanom Tom to fight against a Burmese fighter. Nai Khanom Tom won by Knock Out. The referee claimed the win not valid due to possible sorcery.

The King then sent in 9 other fighters, one by one without time breaks. They were all put on the ground by the hands (and knees and elbows) of Nai Khanom Tom.

Impressed by these abilities, King Mangra claimed Nai Khanom Tom to be “blessed with venom”.

He was pardoned, along with the other Siamese prisoners, and allowed to return to Siam. He was acknowledged as a hero and his fighting style became known as Siamese-Style boxing, later to be known as Muay Thai and would be recognized as the national sport.

The colors of the jacket were chosen in honor of Thailand - red, white and blue in honor of the flag, and yellow because of its association with royalty.

This a rare collection a master piece at best. It has the true meaning of essence, great quality, and totally stands for all history in fighting specifically Muay Thai. 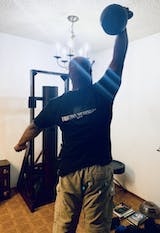 Perfect fit, I love it. Material and design is on point

I’ve been shopping ROF the past two years and I always am impressed with the styles and high quality. The stadium jacket collection is of the best quality and is worth the money. I absolutely love my jacket and I can’t wait to add more to my ever growing collection. Roots of Fight 4 Life!!! 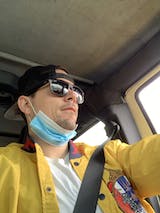 First of all the packaging is just a total experience – I won't give much away because you should experience that yourself! But from opening the box, reading the marketing materials, and then feeling the jacket, you just know its made from quality materials. True to fit, this jacket is awesome and comfortable. Roots of Fight definitely have me as a loyal customer.

Got this jacket in the mail today. Excellent quality as expected from RO and loved the blue bag it came with the set!