“Muhammad Ali was iconic, brash, and unapologetic about who he was. He was extremely bold — and although he and I didn’t share the same belief system — I have the utmost respect for his conviction, for what he believed, what he gave up, and what he was willing to stand up for. This is a man who gave up his prime earning years, prime physical years and was willing to go to jail and die for what he believed in. Any man like that you have to have respect for.

At that time boxing was a sport where you keep your head down, be humble, make a few bucks. He transcended that. There was only one Muhammad Ali. Ali was a visionary and could be polarizing in many ways, not just in the ring. At the time, that’s what people expected: Entertain me in the ring. Yet Ali was a showman and entertainer outside the ring, and when you’re like that — especially being Black in that era in the 1960s-1970s — you’re going to incur a lot of hate. He welcomed it along with the love and respect he got from his people.

Ali is arguably the greatest fighter that ever walked this earth, and that ever graced the ring.” -Andre Ward

Guest creative director Andre Ward joined forces with us at ROF to bring his vision to life, celebrating Black Boxing Royalty — those who came before him and paved the way to his own success. His story happened because great fighters like Muhammad Ali told theirs so well.

Soft fabric and a perfect fit. Love the quality.

Roots Of Fight never disappoints, I absolutely love this collection. Would recommend, it fits true to size. Hope to see more from the Muhammad Ali line… 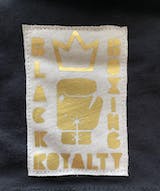 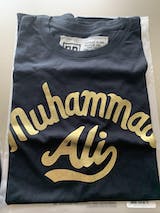 A
Anonymous
Great quality as always!

Great quality and design. I love buying things from Roots of Fight, it is quarantined quality